If you’re a single woman in London, you’ve likely been labelled with one of two horrendously clichéd stereotypes: the crazy girl, or the cool girl. And chances are, you’ll find yourself shoehorned into one of these categories after being ghosted.

We all know how the story goes: You’re chatting to someone for a while, maybe you’ve planned a date or even been on one or two – and all of a sudden, it’s radio silence. The most frustrating situation? When you actually feel kind of excited about this one, and can see potential. In these scenarios, when someone stops talking to you sans explanation, it can be incredibly hurtful. 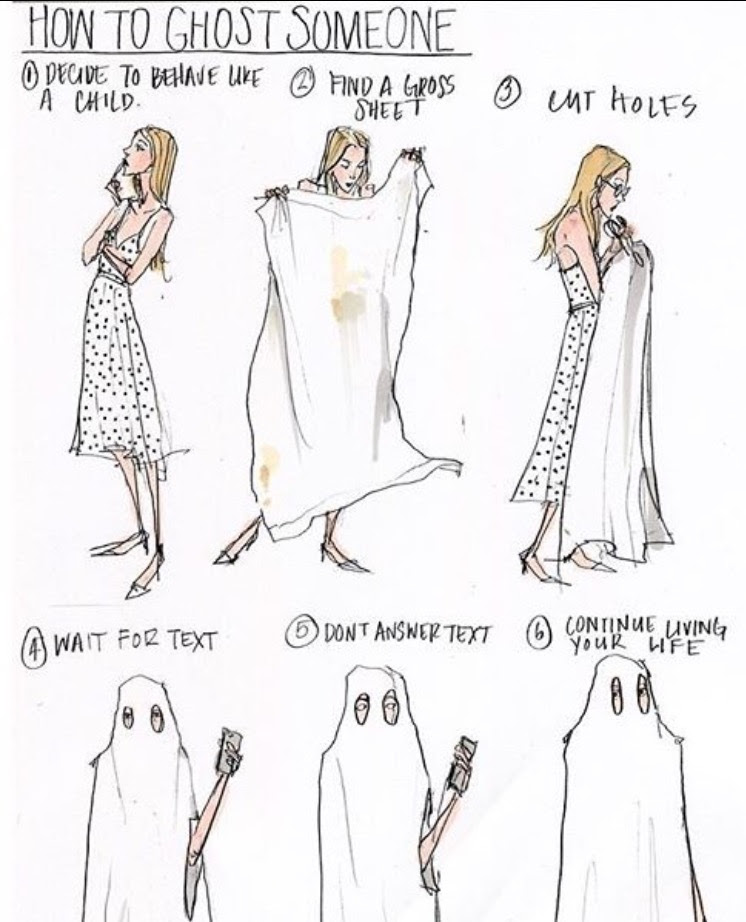 If this happens to you (and I’m sorry if it does because it’s really quite sucky), you’re usually left with two options: ignore the situation, delete the person’s number and move on, STAT. This is the way of the ‘cool girl’. The other approach? To not settle for zero explanation, and reach out to the ‘ghoster’ for a reason – for closure. Unfortunately for me, I was born with an inherent programming that means I always need to know the answer. If something happens, I want to know why. If someone suddenly decides to completely cut me off, I want – I need – to understand their reasons. And I’m tired of being told I’m wrong for this, or that I should be wary of coming across ‘a little bit mental’.

If you ask me, ghosting someone is such a shitty thing to do, whether you’re a man or a woman. I’m not a saint – I’ve made mistakes, hurt people and maybe even ghosted once or twice in my dating history. But now, as a grown-up, I feel it’s wrong to ditch someone without having the courtesy or respect to explain why. If someone has been rude, pushy or done something downright criminal while I’m dating them, then sure, what do they expect? But if we’ve both seemingly been having a nice time, have built up a mutual respect for one another and appear to be on the same page, I feel I owe it to the person to tell them straight up what the deal is. Sometimes I find myself apologising that I’m just not that interested (I shouldn’t) or making up excuses that don’t necessarily apply (I really shouldn’t), but I try my best to be honest and not leave anyone hanging. And with today’s advanced technology and social media, it’s easier than ever to tell someone you’re not interested. It’s not like you’re being backed into a wall IRL, with a bright light in your eyes and questions being thrown at you – you can literally send a Whatsapp message explaining you’re not interested in seeing someone again but you wish them the best. Simples. 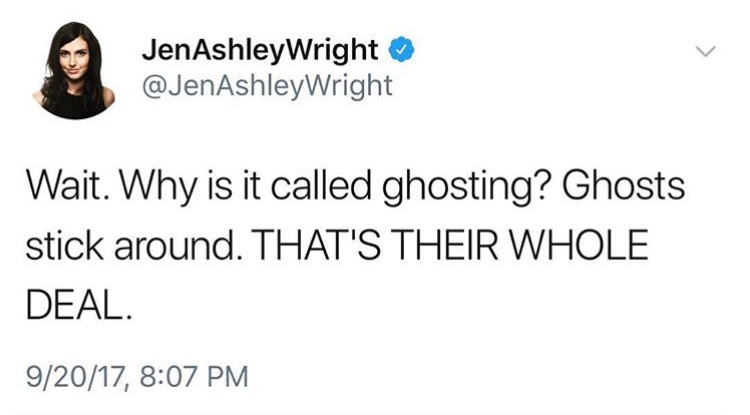 I once asked a male friend why it seems to be men that ghost more than women, and he said it’s often because they don’t want drama of telling the truth when they don’t like someone. But the fact is, we’re big girls. We’re adult women. Most of us understand rejection and can take it in our stride if it’s done with respect. If some guys think we’re going to respond better to being totally ignored all of a sudden for no reason, they kinda have it all a little messed up. It’s very sad to me that we’ve created a culture where it’s OK to ghost someone, if it means you don’t have to face the consequences. And if the ghoster is questioned, they can turn around and scream ‘CRAZY’ and wash their hands of it all.

In short, I’ve realised that I am allowed to ask for answers as to why someone cuts me off. It doesn’t make me crazy, it just means I want closure in order to move on. I just wish everyone would see this instead of falling back on the outdated rule that women must remain cool and quiet at all times.

And for all those that continue to ghost and not give explanations, maybe they just headed on over to The Planet, right Manrepeller folk?! (If you’ve never read this piece before, go go go!) 😉

Thank you to my gorgeous, very talented editor friend Ali Pantony for her help on this piece.